MSN has published it’s Top 50 Greatest Movie Romances, from Notting Hill (#50) to An Affair to Remember (#1) what is your favorite movie romance?  There are some obscure…have you ever heard of The Umbrellas of Cherbourg or That Obscure Object of Desire…me either!  Many of my favorites were on the list, who doesn’t love Say Anything?  So…counting them down from #50…

At Number 10…Gone with the Wind…it’s the story of a girl, standing in front of a boy with big ears and a pencil mustache, asking him to love her, and him telling her he frankly doesn’t give a damn.

Number 9…Wuthering Heights…Those crazy kids Heathcliff and Cathy and the moors and the brooding.

Number 6…Casablanca…”Here’s lookin at you kid”

Number 3…Breakfast at Tiffany’s… the ultimate in Manhattan romance

And finally…Number 1 of the greatest movie romances…An Affair to Remember!  Directly from the MSN captions:  “Yes, this IS the movie that Meg Ryan and Rosie O’Donnell go on about in “Sleepless in Seattle,” and indeed the movie that “Sleepless in Seattle” adapts its climax from! This film’s place at No. 1 ties Leo McCarey with Alfred Hitchcock as the most cited director on the list, with three titles each. This 1957 film is itself a remake of McCarey’s 1939 “Love Affair,” and while some believe the original’s still the greatest, it’s an arguable point. This particular viewer is highly taken with the remake’s lead actors, Cary Grant and Deborah Kerr, and its sumptuous color and widescreen look. And, yes, the Vic Damone-crooned theme song, so there. For all intents and purposes, the perfect Hollywood heartbreaker and, for all its gloss, another proof of McCarey fan Jean Renoir’s observations that Leo understood people better than any other filmmaker of his generation.”

Did your favorite make the list?  Who did they miss?  Happy Valentines Day everyone! 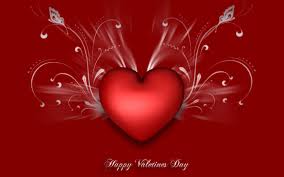