Classes resume for many schools in the next couple of weeks…where did the summer go?  What are your favorite summertime memories?

Growing up on a farm in southern Indiana, for me, summer was spent in the tobacco field, riding the setter and putting the plants in the fingers…and when my sister Paula was my partner, singing at the top of our lungs…until my grandpa (or Pappa as we called him!) stopped the tractor because he thought we needed something!  Setting and hoeing (for those of you who have absolutely no idea what I’m talking about…google it!), when there wasn’t anything to do with the tobacco, I drove the tractor while we put in the hay, heck I’ve been driving something since I was 8 years old!

How many of you worked in a garden?  Helped with canning?  How about putting up corn?  When the corn was ready, we would get a truck bed full, shuck the corn – usually at the edge of the pasture, the cows love to eat the husks – then spend the afternoon  blanching it, cutting it off the cob (feeding them to the cows too!), putting it into freezer  bags and freezing it so we had corn all winter, all hard work, but so much fun!

Mamma also had an orchard and she would make apple and peach pies for the freezer, using a fork to make either an “A” or “P” on the top, just pull out the one you wanted and  bake it, yes, fresh fruit pies all winter long!

Thanks to this kind of upbringing, I have a great work ethic and a healthy respect for my elders!

As today’s kids put their cell phones away and OMG actually go outside to start catching those buses, thoughts turn toward the increasing threat of school bullying.  There are two places a child should feel safe – at home and at school. Unfortunately, that no longer seems to be true.  Incidents of poor behavior by students are growing.  I’m not talking about horrific events such as mass shootings, but, rather, cases of bullying and fighting.  With the new school year set to begin, a new Indiana state law – known as the anti-bullying bill – goes into effect.

Indiana already requires schools to have policies in place to discourage the bullying of vulnerable students, but this new law significantly strengthens those existing provisions. It requires schools to establish procedures for reporting incidents of bullying and to adopt disciplinary rules around bullying, both in and out of school.

Most school districts across the state are working to add more security to their schools. That security might be in the form of a resource officer assigned to schools. Other schools are training personnel to handle school disruptions.

Those are good measures, but it’s going to take a more proactive approach by parents and the entire community to make significant inroads into the bullying problem, however, good behavior can’t be legislated.  How about extending the discussions to parents? If behavior is taught at home, we know there are some parents who would benefit from hearing the same information.

Progress can only be made when everyone is willing to recognize the underlying cause for the violent behavior.  The problem will only be fixed when parents and the community accept the responsibility to teach children respect and good citizenship.

Homes for Heroes® is a company that affiliates with Realtors® (like me!), lenders and other real estate-related service providers who offer substantial rebates and discounts to the Heroes who serve our nation and its communities every day. Our Heroes include military personnel, firefighters, law enforcement officers and others who make our communities a better place to live.

This program was created after the tragic events of 9/11 as a “Thank you” to the men and women who have given so much. Heroes across the country register on the website every day looking for the savings. They are matched with Homes for Heroes® Affiliates in their area. Homes for Heroes® is now expanding its discounts beyond the home buying and selling process with the Friends of Heroes® program.

Thanks to Don Shanley and The Shanley Team at Inlanta Mortgage, this program is available in the Indianapolis area and I am so proud to one of the Realtor® Affiliates available to help our Heros achieve their dreams!

It’s a lot of information to take in, stop by the Indiana State Fair and meet me and The Shanley Team to talk about what we are doing for our local Hero’s as well as what we can do for YOU!

As I spend much of my time on the road, I have noticed a higher number of drivers, waiting to turn right….wait until the light turns for the other side, then decide to pull out in front of them!  It’s happening all over the city and makes no sense…is the few seconds you gain worth your life?  My car is not the greatest, but STOP TURNING IN FRONT OF ME!

Now, let’s address those texters…please stop texting and driving!  I was nearly been side swiped 3 times yesterday because these drivers were too busy trying to type something into their phones…I value my life, don’t you?  What is so important that it is worth your life?  And the age of these people surprises me…they appear to be older, definitely not teens!  Have we educated our teens about the danger, but neglected the adults?

Okay, rant over…who wants to buy a house?  sell a house?  Call me! 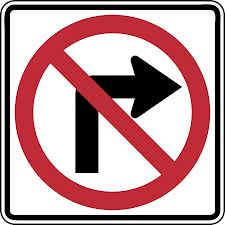