I want to congratulate the Mercy Academy‘s new ad campaign created by the Doe-Anderson Agency of Louisville, KY.  This was the article on the Today show Moms webpage and I say Bravo!  Don’t get me wrong, I love the stories, fairy tales, romantic comedies, and romance novels as much as the next woman (and some men) and the Doris Day movies with Rock Hudson, Cary Grant or any other of her many handsome co-stars are still some of my absolute favorites, but let’s get real…it’s time for all of us to understand that anyone can rule the world – girls and boys alike – we all have the ability to do anything we set our minds to do.  Read on for the article…personally, I love it!

Against the Cinderella culture, a Catholic high school in Kentucky has a blunt message for young girls.

“Don’t wait for a prince,” reads another. “Be able to rescue yourself.”

“This message empowers them to move beyond that whole fairy tale idea and to write their own story in life,” said Mercy principal Amy Elstone.

The Louisville girls’ school with 550 students launched the campaign last week, with ads on websites, billboards and bus shelters. Elstone knew it might raise eyebrows.

“We knew it was going to be risky going with this message,” Elstone told TODAY Moms. “Our girls are growing up in a society where they’re told by their parents that they’re a princess, and our message is that they’re not a princess, they’re so much more.”

The theme is also part of the school’s enrollment video.

Elstone doesn’t want students to think they need to wait for their Prince Charming.

“That’s what TV tells them and movies and Disney tell them,” she said. “We teach our girls to prepare for real life.”

That could include a prince, she said, as long as a student is writing him into the picture, Elstone said.

The campaign, Elstone said, is true to the school’s mission of preparing girls for the 21st century.

“And we think this holds true to the Catholic tradition and our ultimate goal is to produce women of mercy,” she said.  So far, she has received only positive feedback.

“It’s been amazing,” Elstone said. “We’ve been hearing people talking about it in the community. It’s all over Facebook. It gets people talking. People are debating our message and applying it to their own life.”

Mercy students enjoyed the campaign when the school ran it by them last year, she said.

A few girls, she said, teared up, she recalled, and said, ‘Yes, I’m writing my own story.”

On TODAY, Natalie Morales credited the school with spreading a “great message.”

“You watch the Hollywood romance movies and you see the happy ending and the guy always comes in and saves everybody and everybody lives happily ever after and that’s not life,” Morales said. 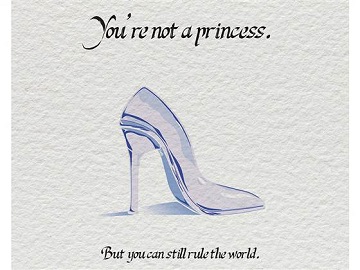 The Historic Artcraft Theatre in Franklin is setting your Halloween stage with a “Monster Mania” weekend!

and next weekend, you can catch Young Frankenstein on the big screen!

Monster movies not your thing?  How about High Noon (for those of you old enough to know why it was a great movie) They are having a fund raising event November 2 – Cartoons for Cans, who misses Bugs Bunny?  Classic cartoons on the big screen…price of admission – 1 can of food…sounds like a deal to me!

The Christmas movie selection this year is excellent:  Elf, A Christmas Story (my fav!), White Christmas and another fan favorite…Christmas Vacation!  Yes, you can see all these and more on the BIG screen again for a mere $5 a person (or less if you are:  $4.00 for Military with ID; $4.00 for College Students with ID; $4.00 for Seniors 55 and over;
$3.00 for children 12 and under!).  For special events, check with the Box Office…so much less expensive than the big theatre’s and the popcorn and cokes are cheaper too!

The schedule for the first half of 2014 is out too…who wants to see American Graffiti on the BIG screen?

This theatre is truly a treasure, take your children and grandchildren and introduce them to movies that are so much more than explosions, murder, drugs, adultery…Annie’s coming in January, it would be a great place to start!

I’ve been introducing my nieces to Gidget (and Moondoggy!), Doris Day, Cary Grant, Rock Hudson and so many more for years…and at least 1 of them loves them as much as I do.  Movies can be entertaining, original and wholesome(?) not sure that is the right word, but something you aren’t embarrassed to take your kids to see.

Check out the Historic Artcraft Theatre in Franklin Indiana and enjoy yourself!